In the summer of 1473 a young artist from Tuscany was wandering through the rich and wild vegetation of the valley of Nera river, in Southern Umbria, discovering an extraordinary landscape with breathtaking views over woods and fortified medieval hamlets. Along the paths - some of which quite challenging - in the surroundings of the town of Terni, the young man reaches the picturesque village of Papigno thence discovering the unique vision of a high waterfall amidst the rocks and made a drawing of it.

The name of this young and highly promising young artist is Leonardo da Vinci.

The passage above might sound like the beginning of an historical novel but is, instead,  the first, extraordinary result of an exciting research led by art historian Dr. Luca Tomio, born in Milan and settled in Umbria some years ago. Dr. Tomio, following the hint of a casual intuition of his 13 years old son, deeply studied the first signed drawing by Leonardo da Vinci, which is kept at the Ufffizi Galleries in Florence.

This precious piece of art represents a landscape so far identified with a section of the Valley of Arno River in Tuscany. But the exraordinary resemblance with the aspect of the final part of Valnerina near Terni pushed him to further proceed with his research, supported also by the Academy of the arts of drawing in Florence and of the Italian Ministry for Cultural Heritage.

The results of this research, which investigated also documents of the secret Archives of the Vatican and was carried on with the support of renowned geologists as well as experts of local history and topography, confirmed the initial hypothesis: the most ancient signed drawing by Leonardo depicts views of Marmore Falls and of the Valley of Terni.

Apparently the artist combined in one single sketch two different points of view quite close one to each other, including in one unique landscape the most admirable views which catched his attention, that is to say the hamlet of Papigno on the left and Marmore Falls on the right.

Papigno can be recognised in its most ancient part, with the exception of a front bastion which collapsed in modern times but results from ancient maps exactly in the position depicted by Leonardo.

The most famous paiter of all times was therefore among the firsts to depict this area of Southern Umbria which mpst likely inspired the landscapes that would have become background for his marvellous masterpieces.

Such discovery has been first presented during a conference with the participation, among aothers, of art historician and expert Vittorio Sgarbi and of the architect Francesco Scoppola, General Director of the Education and Research Department of the Italian Ministry for Cultural Heritage.

But this is only the first fundamental result to further research about the presence of Leonardo Da Vinci in Umbria. Dr. Tomio is now focusing his attention on other unique sites in the province of Terni, such as the Abbey of San Pietro in Valle in Ferentillo and the town of Amelia, birthplace of Renaissance painter Piermatteo, contemporary of Leonardo. 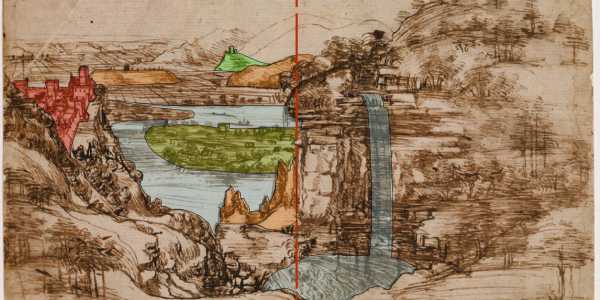 The district of Terni in the landscapes of Leonardo da Vinci 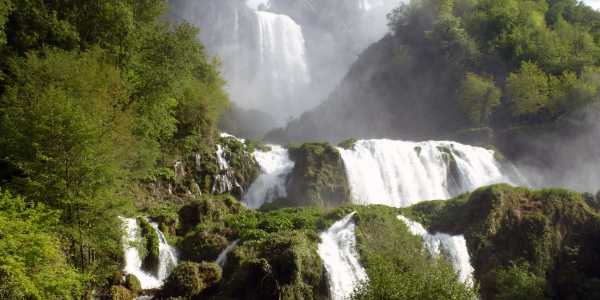 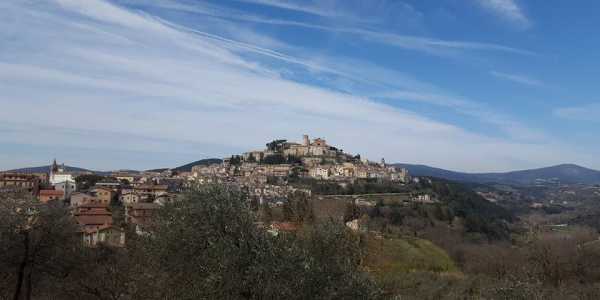